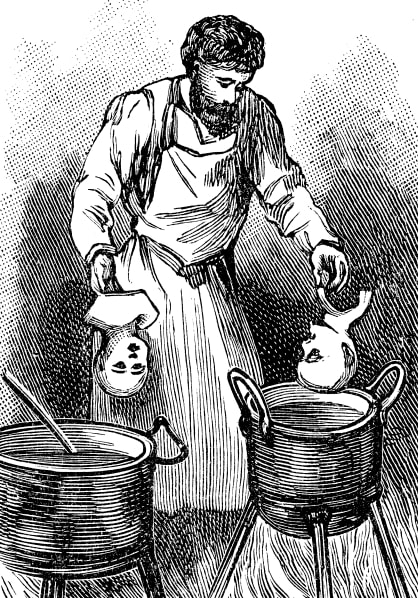 The Doll and the Doll Maker

In the summer of 1940, the Germans invaded the British Isle of Jersey. Where I work and live as a doll-maker with my beautiful wife, a third-generation seamstress, both of us natives of Britain. I held Diane as the Nazis busted out our storefront windows, initially thinking we were a Jewish establishment, but we are Christian Gentiles.

“Calm now, calm, my darling. Please don’t cry. These are just windows that I can replace tomorrow after I repair the shelving and framework around them. Let’s try to get some rest as the sun is setting for today.”

Startled in the middle of the night, Diane woke me as she had heard a commotion downstairs. So, I got up and rechecked the bedroom lock.

“It’s okay, honey. More than likely, there’s nothing to worry about; I’ll stay up a few and watch over our door.”

As we cautiously crept down the steps the following morning, I noticed some of my life-sized dolls were lying on the floor with one’s face broken.

“Frank, Oh Frank, I’m so sorry. That was your finest piece of work.”

“Look, something is moving from under the yards of fabric over there.”

“I think it is one of your dolls, Samantha, the doll you created last month after the girl we met with her family.”

“Don’t be silly. Dolls don’t move unless you move them.”

“No, that is the dress I sewed for her. I think I saw her hand move. Help me pick her up.”

Amazed, we helped her to her feet. “Don’t be afraid, girl. Tell us who you are.” I said.

“Samantha.” She was the spitting image of his doll, but how could this be? No, this can’t be real, we thought. I could not create living flesh out of clay as God could.

With our jaws dropped towards the floor. We stood there quietly, astonished by what had just happened.

The girl almost grinned and cried all at once as she stood upright and said hello back. Filled with compassion, I took her by one of her small, trembling hands and briefly stared my wife in the eyes. “Could this be the Jewish girl for which I designed the doll after?” Then I looked down at her with a gentle smile and asked, “Are you only a handful old?” Remembering how she introduced herself when her parents first brought her into the store. Her face lit up as she grinned, now missing one of her front teeth.

This war has been a horrid and ungodly mess. Poor Diane worries a lot. The Nazis make their routine checks and searches. Raiding places known to harbor Jews. God has blessed us thoroughly. Our little business has practically been unscathed since Samantha has arrived to live with us. She is a bundle of joy to have around the shop hidden among our many dolls. Months have turned into years and still no news of the whereabouts of the girl’s parents.

Shortly after the war, an older gentleman walked into our store and talked for a short while. Then he said, “There was this madwoman in the camp. Nutty as she was, she spun a marvelously wild story about a doll maker here who brought clay dolls to life.” As my wife and I listened, he pulled out one of my dolls from a suitcase he held; it was our old doll of Samantha. Then he explained, “Amusing as the woman was, they still murdered her nearing the end of the war.”

Just then, Samantha walked into the room, and the man grew as pale as a ghost. He then reached over and handed her the doll. Samson, that was the guy’s name—softly, rubbed her on the head. Looking back at Diane and me with a rough, broken smile, and a stream of tears built up in his eyes. He left our store that day as though he knew our family’s secret.

​We hugged and held her tight that day, but it was a few years later before we told her about her mother and the recent news of her father’s earlier death. After a semester of college, she married John, a young Christian watchmaker. He was the first Jewish member of his family to turn to Jesus. Shortly after their wedding, I hired John to make ticking hearts for all my dolls. They only had one child, but he was a welcome addition to our small family. We’re so thankful for out of the substantial loss and sadness in our community that God brought us some precious memories that will last us a lifetime.
The End