David… Papa — Ross.” I frantically cried out as I awoke.

“Calm now. Quieten, you’ll disturb all the other patients. You are in the Confederate General Hospital. I’m James White, your doctor.”

“Shh. Here now,” he handed me a glass of water. “Two soldiers brought you in with the other wounded. One soldier sat awhile with you, then left a note. He said he knew you.”

The Union captured Ross and Michael. The fate of David is unknown.

Immediately, I bowed beside the cot and sobbed. “My Lord, God… Jesus help me!” Then a comforting peace came about me as I stood up and composed myself, wiping away the tears.

A man signaled me to his bedside and said, “Ma’am.”

“Emma, do you think I will be welcomed into heaven when I die? I’ve killed so many men and done so much wrong.”

“Have you ever been saved?”

“No, but I believe in heaven and hell.”

“Jesus, the Son of God, died on the cross, was buried, and rose from the dead on the third day so that you could be forgiven.”

“So how can I know I’m going to heaven?”

“Believe in Jesus Christ and accept His work on the cross and repent of your sins.”

“Then, according to the scriptures, you are now saved.” I held his hand until he took his final breath, then I prayed and went to look for answers about David.

I sought high and low until I finally stopped an older nurse from making her timely rounds. After describing my brother to her and his partially known wounds. She seemed to think that they probably transported him to Lynchburg’s General Hospital, as he would require more care if still alive.

Days later, I finally caught a wagon there, where I learned the locals call it College Hospital. It is a tower-structured building once used as a college. After asking around and some searching, I found David. He was in such pitiful shape, lying there unconscious. I rushed to his bedside, trying to hold my composure as I cried to Jesus and talked to David as I held his hand.

Sister Mary Vincent cares for this ward. She comes in quietly two or three times a day, inquires about the patients’ health, and sometimes stops for a few minutes to talk. Foremost, she said his headshot was superficial but caused a concussion. Then Mary showed me where a bullet penetrated and lodged in his chest but hit no vital organ.

Six nuns dedicate all their time and effort to the sick and wounded here. All the rooms and areas are clean and well maintained, and everyone here seems to be content and cared for by all the medical staff. They provide patients with soups, meats, veggies, rice, milk, and eggs, along with puddings, pies, etc. Not like in the camps at all. They eat very well here. Each sister portions out the food to their patients based on the diet she thinks he ought to have. I’m allowed to stay and help care for David, as I hoped to learn more about the status of Ross and Papa. I’m just thankful everyone is alive to the best of my knowledge.

In the Appomattox Court House on the 9th of April, General Lee surrendered his 28,000 troops to Union General Ulysses Grant, effectively ending the war. They later released Ross and Papa on parole with the other Confederate prisoners. By that time, David had recovered consciousness. Papa knew right away where to look for us. They checked with the hospital first, where we all reunited in anticipation and excitement.

We stayed until David healed enough to travel as we helped aid the sick and wounded. Then we moved into a boarding house temporarily. I finally found a settling peace over a lifetime of loss here in Lynchburg. Setting my heart on the things of God and what He has given and blessed us with. Tomorrow we are finally heading home.
❀The Homecoming❀​

​After our partial train ride home, we began a new start. Some soldiers had found Papa’s two horses and our belongings, along with Firefly. However, we never recovered Ross’s horse and things. We arrived home in early May and were married on the 4th of June. We had a small but warm reception. At our wedding, David reconnected with an old school crush and took over preaching at dad’s old church. Papa went back to being a family doctor.

​In contrast, Ross decided to treat animals instead of humans, as our local veterinarian was retiring. I intend to help him while still studying herbs. We are preparing and making plans for our future family. Now, after several years of hardship, we can stop and take a deep breath of relief and smell the flowers. As I come to the last page of this journal, I can finally pursue a deeper life of happiness in Christ. I thank God for our remaining sanity and for keeping us all alive in one piece.
The end and yet a new beginning 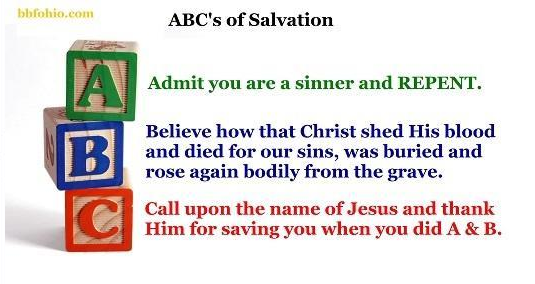