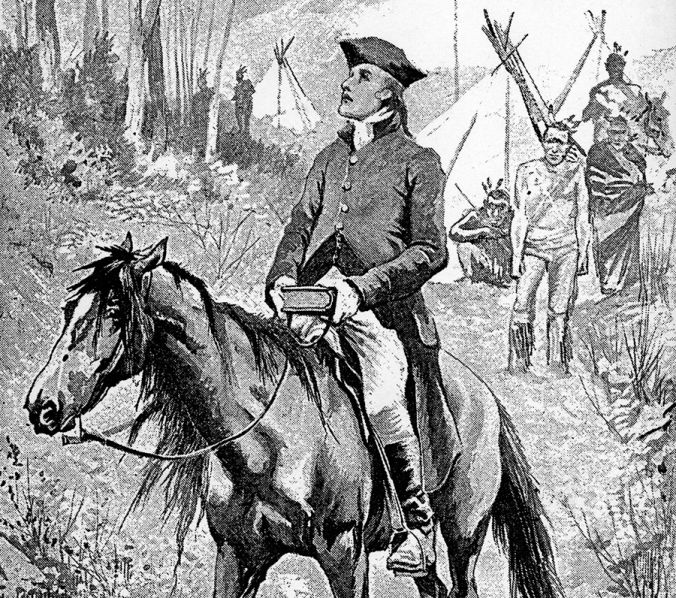 Brainerd, David: April 20, 1718 - Oct. 9, 1747
Written By Mark Allen Vass
​David Brainerd was born in Haddam, Connecticut, to a devoted Christian family. By age fourteen, he and his eight siblings were orphans since both parents had passed away of an illness. Later, Brainerd enrolled at Yale in preparation to join the ministry. The first year, he experienced multiple health problems and was forced to return home. In the fall of 1740, he returned to school. David, was at the top of his class academically, but in his third year, he was promptly expelled after a professor overheard him say that one tutor had, “… no more grace than a chair”. He also boldly questioned the fining of students for their zealous spirit. He regrettably apologized for his openness of opinion, but was denied re-entry back into the university.

It disheartened David, that it was a law that no one could publicly preach unless they had a degree from Harvard, Yale, or a European university. While rethinking his plan of becoming a minister, he questioned his calling to preach. On July 29, 1742, Brainerd received his license to preach from an Association of Ministers by Jonathan Dickinson, (who later founded Princeton). With a license, he began occasionally preaching but had no ministry of his own. However, his prayers would shortly be answered as this transitional period ended. At first, Dickinson tried to re-establish Brainerd back in Yale with no success. So, Dickinson then asked Brainerd had he considered becoming a missionary. After much prayer, he became overwhelmed with a strong desire to work with the lost souls of the Indians. Being declared physically fit, they then sent David along the Delaware River as an appointed missionary to the Native Americans.

His dedication and commitment are recorded and expressed in his words: “Here I am, Lord, send me; send me to the ends of the earth; send me to the rough, the savage pagans of the wilderness; send me from all that is called comfort on earth; send me even to death itself, if it be but in thy service, and to promote thy kingdom.”

In 1743, David worked hard among the Housatonic Indians at Kaunaumeek in upstate New York. He preached alongside a translator and began a school for Indian children whilst trying to learn the language to translate parts of the Psalms. After being there a year, the mission board moved Brainerd to another tribe downriver in Pennsylvania. He continued to struggle with learning the intricate dialects of the native’s language. At the same time, he fought illness and fatigue. What worsened the matter was the mistrust from the Indians, caused by the hurt of white traders. Within this year, he traveled to surrounding tribes but, like all the others, they were unresponsive to his Gospel message. Fighting insomnia, the cold, and hunger as well as tuberculosis, Brainerd continued his ministry among the Indians despite these hardships.

He wrote: “To an eye of reason everything respecting the conversion of the heathen is as dark as midnight, yet I cannot but hope in God for the accomplishment of something glorious among them.”

Within a year of David Brainerd being relocated to Crossweeksung, New Jersey in the summer of 1745, he saw one hundred and thirty Indians accept Christ as their Saviour and seventy-seven people were baptized. He was surprised by this turn of events and even more amazed by their continued acts of faith. Whenever David preached a message among the people, the entire tribe would drop to their faces and weep for hours about their transgressions towards the Lord. They discovered a deep longing and a godly fear in their souls for Christ, to save them. The Holy Spirit had started awakening in the natives’ hearts. He called them out of their sin through Jesus’ great love and atonement for them. Brainerd writes of several accounts in his journal of the Indian’s repentance and love for the Lord Jesus.

He stayed with the Indians until he grew too weak and sick to preach. He later died at twenty-nine from tuberculosis in Jonathan Edwards’ house in Northampton, Massachusetts. There he was cared for by Jerusha, Jonathan’s daughter.

“As long as I see anything to be done for God, life is worth having: but oh, how vain and unworthy it is, to live for any lower end!” - David Brainerd