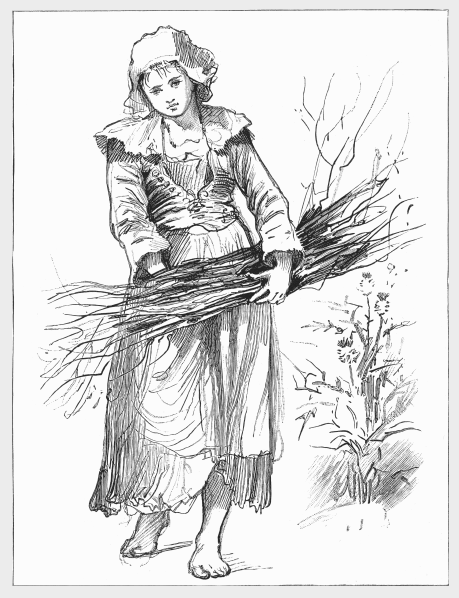 My Fair Lady And The Old Crow

The furnace at the pottery house drew cold as Hannah rushed to gather kindling for the family business. As the sun began to set, she thought aloud. “Mama will kill me if I don’t get home soon.” So, Hannah picked up the pace as her mother, Eleanor Podder, is a stern woman. “Maybe Mama’s grown tired of waiting and fallen asleep,” she whispered to herself while hurrying home.

“Hannah, HANNAH!!! Why are you always costing me money? The fire went out an hour ago. That was thirty minutes sooner than it should. Do you enjoy costing your mom money? You and that servant boy Titus are worthless trash. If he weren’t down sick, I’d whip him for your negligence,” said Mama as she grabbed Hannah by her silk-blonde hair and tugged her through the doorway of the entrance. “I’ll give you a flogging; you’ll not soon forget.”

Titus wasn’t there to protect her this time. He was out in the barn running a high temperature. He heard a faint scream and some cries but couldn’t be sure as he’d been delusional, hallucinating all day with that fretful fever and brow-soaking sweats.

The very next morning, Titus returned to work. As he walked in, Hannah was washing off her face, swollen and bruised with her dried blood and tears. “Who in tarnation did this to you?”

“Mama, did you need to ask? Why did God take Papa instead of Mama? Papa was a decent man who loved the Lord.” Mother walked in with a wicked set of eyes and a crippling grin. “You see what your absence brought, Hannah? Now, you both go out and fetch me some clay.”

As they ran out the door, Titus took her by the hand. “I love you, Hannah, and I apologize for what my sickness yesterday brought you.”

Don’t say that! Don’t say you love me, even if it is true. You know Mama would have you sold or killed if she heard you say that.

“But don’t you have the same feelings for me too?”

“I do… well, I mean, I like you more than anyone else on earth. Pray with me this day that God will deal with Mama, then maybe one day I’ll be yours to have. Not as an indentured servant, but a free man.”
​
They fasted and prayed up a storm for an intervention that night. It was about a month later when the earth opened and swallowed Eleanor right where she stood. Many of the neighbors gathered and rejoiced. They threw them a picnic wedding, where Hannah married and freed her man. It was from that day forward; those young folks found happiness again. Hannah often wondered where her Mama went. The preacher preached hell opened to greet her, but Titus says she wasn’t always a wicked woman. She once attended church with the entire family. The old place has collapsed now where the two grew up. However, today they have two beautiful children and have built a country store.
The End